i realize that i am best at work when alone with myself, my thoughts, music, and space. i think a lot physically (mentally) and in terms of space/movement when on my own and traveling, traveling, traveling forward. momentum propels me. "things that remind me of other things" - the title to a new piece?

movement and relationships. there are so many places where i remember, viscerally and visually, the walks i have taken. walks in philadelphia, trying to find new corners but always ending in familiar places. thinking i've gone somewhere i've never been only to be met with a familiar visage. walks along the river ribble, heavy-hearted and heavy-armed, full of groceries for one. a special trip. walking around peachtree in atlanta, owning your territory. in the cascades, all up & down, literally and figuratively amongst the firs. in new york, alone and lost amongst streets in an unfamiliar neighborhood...here, always: retrace your steps, back to the studio, back to the body. getting lost in the forward momentum, propelled by the beat and one's own headstrong impulses. this doesn't hurt my foot, of course not. only a few blocks more, it costs too much to transit publicly. we tell ourselves stories in order to live.

this is where i am at.
this is MY life. this is not a charade. i am not treading water until my life comes along. this is it. this is me.

It has been a crazy summer--I quit my job, in order to try and finally heal this broken bone in my foot which has been a source of pain and frustration for over a year and a half now. Quitting my job also allowed me to travel down South (home) for a few weeks and see family and friends and attend one of the loveliest weddings I could ever imagine. After returning home, I began dancing for a few of my colleagues in their work, and found out my grandmother passed away...

All of this whirlwind connecting to the past has gotten me thinking about community and memory and where we house our memories in our bodies, and how those memories make themselves known; those memories can also be falsified and can betray themselves. I cannot tell you for sure what the next piece I am working on will end up looking like, but I feel like it has something to do with my grieving process and the transient nature of the majority of our relationshps in life.

I grow weary of the melodramatic in dance--as if when we aren't serious or sad then our work isn't to be taken seriously. I am also acutely aware of the "bad art" of making the dance equivalent of what I like to call "bad teenage poetry". I really don't want to do that.

And a friend of mine once told me that my works are always too intelligent--that I overthink things, rely on layering meaning and editing movement too much, and it makes them sort of inaccessible. So her challenge to me was just to do the research, and create the movement without analyzing but trusting that the concepts are there. So that is my goal.

I am making a new work, tentatively titled "Crow", which I want to grow organically. The challenge in this endeavor is that because of all the whirlwind of the summer, I only have one month (a week of which I will be with my grandfather and family) to pull it together. I'm excited to see what is going to come.

Our first showing will be as part of the Philly Fringe Festival on September 11th at CHI MAC (Home of Kun-Yang Lin Dancers) in South Philly. We will have shows at 4pm and 7pm and tickets are only going to be $10!

Here is our postcard! 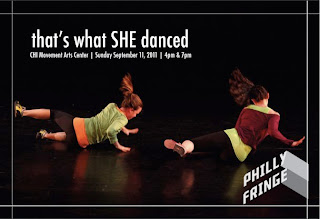 Our second showing will be at the Open Performance Series in Brooklyn on September 28th at 8pm. It will be held in the “Great Room” at the Space located at 138 S. Oxford St. in Fort Greene, Brooklyn.
Posted by beccaweber at 6:09 AM No comments:

Somanaut dance is presenting NEW work tomorrow at Temple University's Conwell Theatre as part of Endings. The show is FREE so come one, come all! Conwell Theatre is on the 5th Floor of Conwell Hall, at the corner of Broad & Market, one block north of the Cecil B. Moore SEPTA stop.

Performed by members of the Temple University dance community. 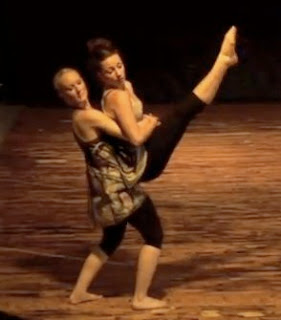 Next Friday, May 13th, we are reviving "Catastrophe Theory Series IV and III" as part of CHI Movement Arts Center's InHale Performance Series! The work will be performed by original cast members Alie Vidich and Allison Modderno. 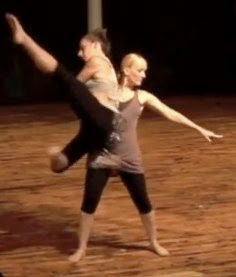 Posted by beccaweber at 9:41 AM No comments:

Upcoming Shows and The Melting Point of Feathers video

This is long overdue, but the video of "the melting point of feathers" has finally been posted to youtube!

Unfortunately, the video was not from a night where we had a perfect run, but the dancers performed beautifully, and I am so proud.

We are keeping our fingers crossed to perform sections in some upcoming festivals!

In the meanwhile, you can see the scheduled Somanaut Dance performances coming up:

- "The Uncertainty Perception" (working title) will be performed as part of ENDINGS at Conwell Theatre, Temple University, Philadelphia - May 6th, 7:30pm. FREE!

- "Catastrophe Theory Series IV and III" will be performed as part of INHale Series at CHI Movement Arts Center in South Philadelphia May 13th, 7:30pm. for tickets, click here.
Posted by beccaweber at 7:10 PM No comments:

Somanaut Dance is where I house my somatic movement dance education and choreographic explorations. For me, the two are inextricably linked processes, which grow from the same soil. Somatic Movement Dance Education:Somanaut dance is a place to explore the intersection between embodied somatic movement and dance. I am dedicated to free and innovative exploration of the living body through meditative and creative deep, internal listening and movement, and strive to create a sense of greater awareness, spaciousness, support, and positive well-being through our movement practices.

Choreographic Pursuits:I create intellectual, contemporary work that is process-driven and somatically-informed. Through the use of democratic approaches and collaborative co-creation, I honor many bodies and many voices. I begin my process with dialogues which balance brain and body, thought and felt explorations, intellectual processes and lived experiences. My dance works feature relational collages which expand in thoughtful, open, and contemplative ways. Within the conceptual frameworks of my movement, I offer interrelational spaces for regaining play, wellness, and moments of support. I urge my audiences to think and feel simultaneously. I relish asking the juicy questions—zealously embodying the inquisition and kinaesthetically problem-solving— whether answers exist or not.